We are launched! ..almost 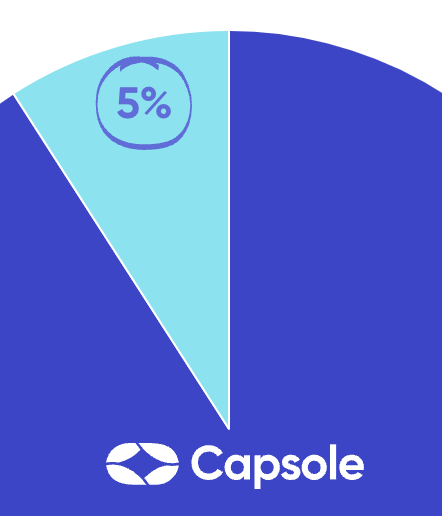 So here it goes.

The overall vision for Capsole, our true moonshot, is not something I am building the brand and focus around right now. First and foremost all of my focus is on the platform solving as many problems for founders and teams as possible.

The purpose of Capsole is to increase the quantity of moonshots being built and success rate of those moonshots.

Those are the only two metrics that matter to me at the end of the day.

Are more people pushing their potential to its fullest by going after a Moonshot?

Are more people that are building moonshots achieving success?

And with that point I would like to clarify what I mean by moonshot. Because obviously the every day person and even the exceptional high performers aren’t going after what most would consider a “moonshot” right out the gate and that’s where Capsole comes in.

The purpose of the moonshot is to quite literally help you push your own human potential to be able solve bigger and bigger problems.

I love this sentence I came up. with a while back:

“The Moonshot is all about pushing your own potential to deliver values to mankind that wouldn’t exist if it wasn’t for you. The purpose of Capsole is to help you fulfill that potential within you.”

So the idea is that the Moonshot makes you think bigger than you might be now while also staying grounded and connected to making real progress.

I set out to build a website planner that would take people through the process of gathering their content, identifying their audience and just all the web design strategy stuff I would meet with clients about, for hours and hours sometimes, just to be able to get the project started.

So the problem was I spend hours walking people through a process and it was a waste of my time and effort.

The solution was to build a dashboard with a few areas that asked all the questions I would ask in meetings but they could just type it right in and send it to me and save and edit it, etc.

But as I dug deeper I realized this really only solves my problem and not really helping the client much. It’s actually solving a very minimal problem all around.

So I pushed hard and forced myself into what is the real problem here?

“Let’s think more global and at the humanity as a whole level.”

Well why doesn’t the client understand and already have clarity on all these important areas of their business?

Why do most busineses fail? How is that acceptable? Why has that MASSIVE problem not improved a single bit. Does it have to be that way, is it natures way of growing? Fuck that. That sounds sloppy and lazy. Let’s go deeper.

My initial thinking was it would be great if they could plan out every are of their business and be able to. wrap their head around it all like I have to do when building the website for them.

Businesses are so interconnected but most people don’t see it all leave it all disconnected and struggle to see how it all fits together at the most fundamental level. It’s so hard to do that and it’s certainly a key cause of failure. Failure is good of course but we all fail plenty enough we don’t need 95%+ of companies and people constantly failing like come on lets get some more success in there.

But that still wasn’t enough. It was solving more of a problem but there was something missing as I started building out the platform. Like okay we have all these areas of the business and they link up and stuff but what do they all link to at the end of the day? Where is the big driver of it all accept several goals and targets?

I sat on this for probably about 6 months while working on laying the foundation for the platform we get to use today.

Then, I’ll be quite honest here, I microdossed one day on a tincture with a mix of mushrooms and mdma I think it was.

I was down in the kitchen talking about Capsole to my wife and laying it all out for her as I had finally grasped all the key areas of business to include in the platform and how they all link up and good names to identify them and all that stuff. And I was saying but there is still something missing, like what goes at the top above everything else? What is that what should it be?

Then a wave of energy came over me and I literally had a vision and blurted out the word Moonshot and tears were coming down my cheeks. It was such a profound realization. My brain exploded. It was all clicking together and it was one of those holly shit holly shit holly shit what did we just do moments.

Once all that calmed down I went back up to my office and starting googling the shit out the moonshots. I found almost nothing. Then I got super sad because I just got so much clarity that moonshots are the future of humanity and the only things that build the future and the only way we can really push our human potential and the purpose it gives your life and allllll this incredible stuff.

…but also disappointing that there isn’t much built around it yet. It really shows where are as a world and how solving real problems and exciting problems (not re-inventing the wheel but in a different color) is not important to most people. We are still at the level of just living and if you’re really lucky you’re on a life path of actually building something of your own.

Look at the “entrepreneur culture” on social media. It reflects a lot awesome people focusing on all the wrong things and not really building solutions to problems just mostly money making machines at the ned of the day. Then buying stuff to feel more fulfilled from not building something from within themselves but form societal pressure, hustle culture, it’s now cool to be and “entrepreneur” but it needs to be come cool to be a “builder of values” not just someone who can make money on their own.

Like almost no one, when you look at the population of earth and amount of people build NEW things it wouldn’t even be a stat it would look like 0.000001%. Maybe 1 out of every Millionth person is building something big but even most of those are just remixes or just systems that produce a result and doesn’t solve bigger problems.

So that is really motivating to me and why I’ve been able to put me and my family through hell and back building Capsole and what keeps me going when I feel like just giving up. I have my moonshot as a constant source of energy feeding me, pushing me to be better, to be more and step into my potential and constantly push it. That is what the moonshot is all about.

And that is the TLDR version of how Capsole became completely revolved around the Moonshot and not just a business idea or startup.

If you look on the home page the word Startup is crossed out and replaced with Moonshot. That is the best visual to explain what Capsole is. Of course Capsole is built for startups but it’s built around their Moonshot which is probably beyond their initial idea.

You can see in my example above how my idea for a “website content strategy planner” turned into a “moonshot business system platform” with a moonshot vision that goes far beyond the platform.

But, like I said when I started this we gotta dial in the platform first and get it massively scalable and affordable.

I gotta say it is so amazing to see areas of the moonshot you build out actually get built and launched.

You take a manageable problem defined within your big moonshot, then build a proposed solution for it, and then run an experiment to validate it BEFORE building out the actual product or feature. And you do this for several or even hundreds of problem segments that you see exist within that ONE core moonshot problem you’re going after.

And that is the magic.

You expand your vision out to the biggest problem you can solve and then break that core problem down into multiple pieces which we call problem segments.

Then you ONLY work on solutions that are ACTUALLY solving one or several of those problems. This is only step two and where most companies already head off track.

Before you even consider building out a full fledged product to deliver the solution(s) you run an experiment to validate that the solution is actually helping solve the problem segment it is linked to and also contributing the core moonshot problem as well… because if it’s not moving the moonshot forward then something is off in your problem/solution matrix. This is another favorite hidden feature of mine is that you know pretty quickly if your focused on your core moonshot problem based on the results of your experiments meeting all the required criteria to progress into product development.

So the is an awesome process you constantly run through within your Moonshot. You know you stopped growing if you don’t have a list of problems and solutions and active experiments.

It’s been such a beautiful process to be building capsole while literally goinng through and solving the problems and building out the solutions I needed to help build capsole all in real time.

I am so happy to finally be at this day where I can start sharing the awesome stuff I have been building for a long time now.

As I’m writing all this out it would be awesome to see some comments with your thoughts on this whole thing I’m building here with Capsole.

Until next time, god speed.

Plan, Build and Grow your Startup with Capsole. 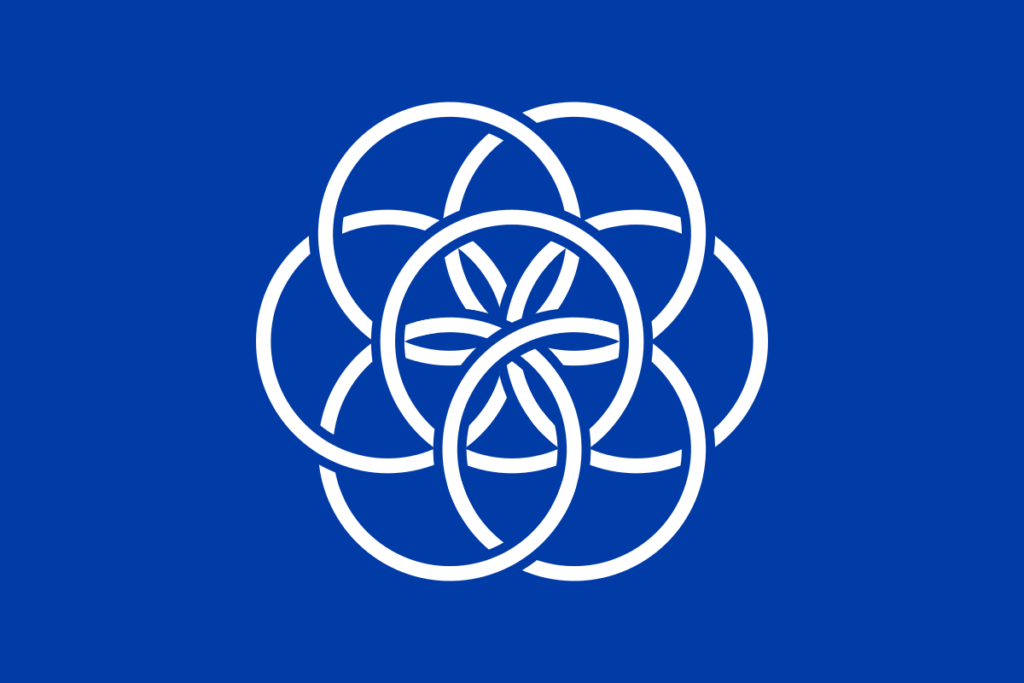 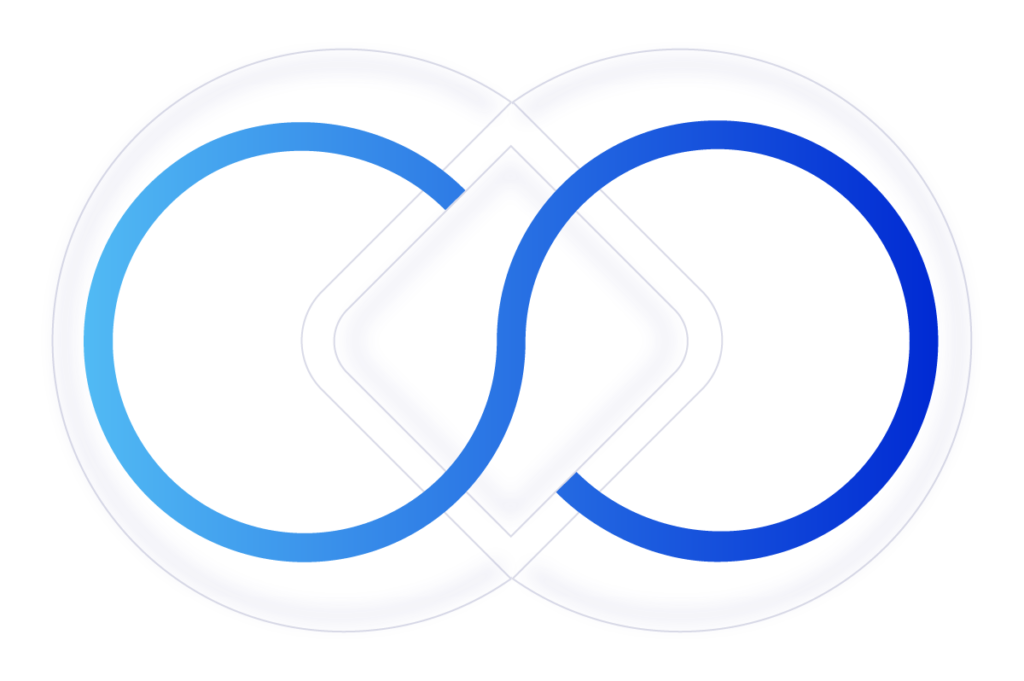 Give us a quick overview in the form below and some very nice and pleasant person from Capsole will be in contact with you ASAP.